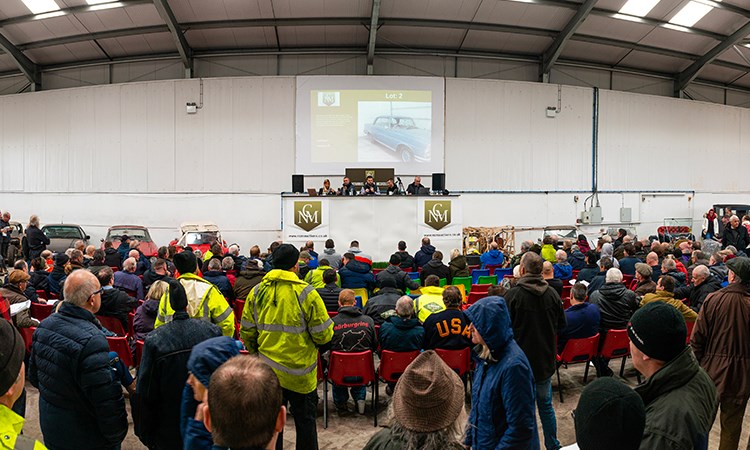 Doncaster-based auctioneers, NCM Auctions held the live event on location in Preston on Saturday 2nd November. Huge interest from car enthusiasts around the world sent the auction viral – reaching nearly one million users on social media and gaining coverage from major news outlets both in the UK and globally.

Thankfully those car enthusiasts across the pond didn’t miss out on the excitement, or opportunity to bid as NCM Auctions simultaneously streamed the event live as part of their online auction.

“We knew this would generate a lot of interest. That number and rarity of classic cars and barn finds all in one place and going up for auction at the same time is unheard of.”

“In the days before we started getting coverage on major news sites in the UK, and our pre-registrations for online bidders started jumping up. We received messages from people in the States, then before we knew it, hundreds of thousands of people were commenting and sharing our posts and the story is on FOXNews.com. We were dealing with enquiries from TV crews, radio and journalists around the world.”

The auction was a massive success for NCM’s client, with 900 buyers bidding online and 1,500 people attending the live event – the auction closed with a record six-figure sum in Hammer.

NCM hold regular weekly online auctions covering a wide range of commercial equipment, plant and machinery. Given the enormous interest in the Classic Car Auction, the team are working hard to unearth more rare finds for their next live event which will take place in December.